By Craig Thompson Off
Cocaine abuse in the United States is a serious problem that isn’t going away: A 2019 survey found that an estimated 671,000 people over 12 years old used cocaine for the first time last year.1 Cocaine is considered highly addictive and is associated with numerous mental and physical health problems.2 However, with the right treatment, many people are able to overcome their cocaine addiction.

About 6% of all admissions to drug abuse treatment programs in 2015 were a result of cocaine use.23 Substance use disorder is complex and the most effective treatment approach is one specifically designed to serve an individual’s needs. Many programs implement a combination of several proven methods.

Treating cocaine addiction often begins with detoxification. Detoxification typically lasts up to a week. However, completing detox is only the beginning of rehabilitation treatment. Once a patient completes detox they can begin rehabilitating in an inpatient or outpatient facility. One of the most important aspects of successful treatment is that patients remain in the program for an adequate amount of time. This may be as little as 30 days or as long as 90 days, though sometimes it can be longer.24

Although potential pharmaceutical treatments for cocaine dependence are ongoing, there are currently no FDA-approved medications available for either cocaine detoxification or longer-term treatment of cocaine use disorders. Thus, the primary treatment for cocaine abuse comes in the form of behavioral interventions.

This page is designed as a overview for understanding cocaine abuse, addiction, and how it can be treated effectively.

Cocaine is a stimulant derived from leaves of the coca plant. It’s usually sold in a white powder or synthesized into crystals or rocks as “crack.” Snorting, smoking or injecting the drug elicits a brief euphoric, energizing, and exhilarating feeling that lasts a few minutes to an hour, followed by an unpleasant comedown.2

Although cocaine remains legal for medicinal use, its highly addictive potential limits its use as an anesthetic and today it’s mostly used illicitly. The drug is classified as a Schedule II narcotic by the U.S. Drug Enforcement Agency.3 Despite its high potential for abuse, the drug remains popular: In 2019, 2 million Americans over the age of 12 admitted to using cocaine within the past month.1 Slang terms used for cocaine include:4

As a stimulant, cocaine enhances activity in the body’s central and sympathetic peripheral nervous system.5 Cocaine produces an exhilarating experience for the user who may feel enhanced self-esteem, improved physical and mental performance, and higher levels of activity.5

Initial effects of the drug include:6

The side effects of cocaine use include:6

The high and short-term effects are typically short-lived, which may lead to repeat dosing over several hours or even days. Repeat use in this manner is typically followed by a “crash,” which leaves the user feeling fatigued, anxious, and depressed.7

How Is Cocaine Used?

Users take cocaine in a variety of ways. Cocaine can be:8

Smoking crack or injecting cocaine yields the most rapid and intense high.8

One of the most dangerous aspects of cocaine abuse is that dealers often mix their cocaine with other products to increase their supply. The average purity of seized cocaine in the United States is about 50%.9

The list of products cocaine can be mixed with is long, ranging from relatively harmless powders like sugar and starch to dangerous veterinary products, methamphetamine and opioids.2 In fact, the practice of cutting cocaine with fatal opioids like fentanyl appears to be gaining prevalence.

Between 2016 and 2017, the number of reports from forensics labs of fentanyl and cocaine increased by 74% according to the DEA.10 And in 2018, 74% of cocaine-involved fatal overdoses also involved an opioid (a 2.4% increase from the previous year).11

You are not alone. You deserve to get help.
AAC is an industry leader in addiction treatment. Our team of top medical experts specialize in dual diagnosis treatment and are committed to ensuring that each patient is treated as an individual. Call us today, we’re available 24/7.

How Addictive is Cocaine?

Cocaine is considered highly addictive, largely because the substance impedes the brain from discarding dopamine—the chemical associated with reward, motivation, and emotion. This produces a short-lived feeling of euphoria, but long-term use can restructure the brain. Research shows that cocaine abuse increases stress levels in individuals, suggesting that the drug also interferes with the ventral tegmental area of the brain.12

The high a single dose of cocaine produces lasts only a few minutes to an hour, encouraging repeated use.6

Continued cocaine abuse in all its forms carries many dire health risks and adverse long-term side effects to practically every one of the body’s major functions, particularly the body’s cardiovascular system. Cardiac complications include disturbances in heart rhythm and heart attacks, as well as inflammation of the heart muscle, deterioration of the ability of the heart to contract, and aortic ruptures.9

People who abuse cocaine may be malnourished. Users sometimes neglect healthy eating habits when on a binge and the drug reduces blood flow in the gastro-intestinal tract, causing ulcers and tears.13 Cocaine abuse also harms the liver and kidneys and can even cause renal failure in extreme cases.14 Other life-threatening health risks include:13

Expecting mothers who use cocaine also risk harming the fetus. Cocaine decreases blood flow to the uterus, robbing the fetus of oxygen, resulting in raised heart rate and blood pressure. Babies born from mothers that abused cocaine during their pregnancy have increased risk of heart defects, problems with the central nervous system, and death.15 Despite the dire risks, there are about 750,000 cocaine exposed pregnancies each year.16

“Crack lung”—the term that describes the type of damage frequently afflicted onto the lung sacks by smoking cocaine—can cause labored breathing, fever, coughing up blood, and even respiratory failure.18

Injecting cocaine is perhaps the most dangerous method of administering the drug—because of the increased risk of overdose as well as the various complications and infectious diseases associated with needle drug use. These include abscesses and skin infections, endocarditis (inflammation of the heart), HIV and hepatitis.19

Cocaine addiction is difficult to recover from, but it can be treated. If you or someone you love is struggling with cocaine addiction, consider reaching out to one of American Addiction Centers’ (AAC) admissions navigator to explore treatment options, contact us. If you can’t talk right now, provide your contact information below and we’ll call you at your convenience.

Cocaine use also carries the immediate risk of overdose. An overdose of cocaine can result in a seizure, heart attack, cardiac arrest, or stroke—and may be deadly.6 In 2018 alone, 14,666 people died of a cocaine-involved overdose.20

When someone overdoses, it is vital they get medical treatment as soon as possible. Witnesses should call 911 immediately, explain the situation to responders in detail, and stay with the patient until medical assistance arrives. Witnesses should relay what substances were abused, how much the person took, how the drugs were administered, and if the patient has any other medical complications.

Mixing Cocaine with Other Drugs

The risk of overdose is compounded by using other substances with cocaine (polysubstance abuse). Both alcohol and heroin are commonly used with cocaine, since they offset its stimulating effects.21 Combining cocaine and heroin or other opioids (often called a “speedball”) can be particularly fatal.21

Often, the cocaine wears off before the heroin, resulting in fatal slowing of breathing (i.e., respiratory failure) due to an opioid overdose.21 In fact, nearly three quarters of fatal cocaine overdoses involved an opioid.20 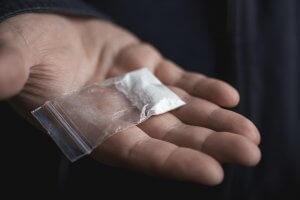 Many people frequently abuse alcohol and cocaine at the same time. Perhaps because the high from mixing alcohol and cocaine is more intense than either substance when used by itself. Alcohol may also mitigate the discomfort of “coming down” from cocaine, while cocaine offsets the impairing effects of alcohol abuse. However, the polysubstance abuse of cocaine and alcohol also carries a greater risk.

Abusing both these substances simultaneously will often increase a person’s heart rate more than either substance on its own. Research also shows an increase in violent thoughts and actions when cocaine and alcohol are abused simultaneously.22 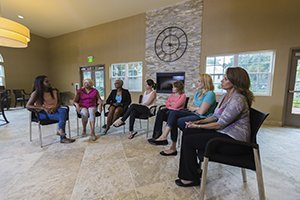 If you or a loved one is suffering from cocaine addiction or another substance abuse disorder, it’s not too late to seek treatment. At AAC, we will guide you through each level of treatment and what services are offered at each facility.

Cocaine addiction is a serious problem that causes many adverse mental and physical effects. In addition to the risks associated with cocaine use, people with substance abuse disorder also suffer from the social stigma associated with addiction. However, addiction is not a choice nor a sign of weakness—it is a complex medical disease that can be treated successfully.24 With the right treatment, many people live fulfilling lives in recovery.